7 Things To Know About Mitochondria: 2016 edition 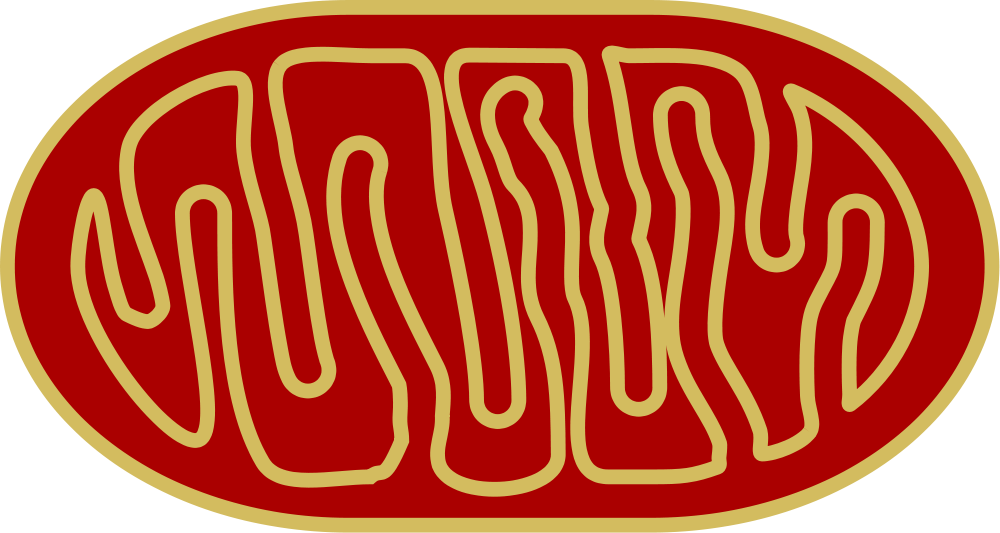 Mitochondria: To most people, they’re little more than a ghostly memory fragment from middle school biology. However, these tiny “powerhouse(s) of the cell” are much more than they seem.

They’re actually the shape-shifting descendants of ancient bacteria that were eaten by a larger archaebacterium billions of years ago. . (If you want to know more about that theory, check out my recent Lateral magazine piece on the scientist who developed that theory.)  Mitochondria have complex relationships with other organelles, swim around in our neurons, and make up 1/3rd of the mass of heart cells.  In the past year, scientists have learned how to add and remove them with cellular surgeries and how to manipulate them directly.

Mitochondria live in every cell in your body and are essential for human life. As University of California post doc Samantha Lewis pointed out to me: “There’s mitochondrial involvement in almost every disease.”

Yet, we rarely hear of or think about our cells’ powerhouses.

Here are seven facts you probably haven’t heard about mitochondria: 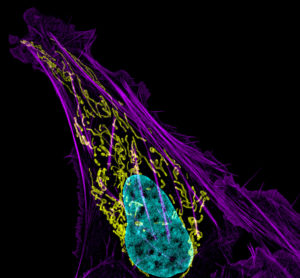 “They’re [descended from] bacteria that divide in a binary fashion,” explained UC Davis cell biologist and mitochondria specialist Jodi Nunnari. “During the course of evolution [the mitochondrial] genome has been greatly reduced. As a consequence of that and the fact that they were reproducing in a new environment, a few of those do mitochondrial fusion.” Mitochondria’s habit of merging sets them apart from all known bacteria. “Bacteria divide, but they don’t fuse,” Nunnari added.

In fact, mitochondria are so tightly connected that many scientists think of them as a membrane network rather than a series of jelly-bean shaped organelles.

They can also swell to become round or stretch out to become skinnier. Looking at the shapes of mitochondria can give researchers clues about the health of cancer cells.

2:  Scientists have recently learned how to kinda control their shape-shifting. 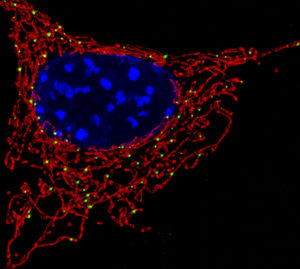 Until recently, mitochondrial motives for fusing and dividing have remained murky. However,  one team of scientists at Washington University at St. Louis have discovered one molecule that exerts an outsize influence on mitochondrial fusion.

“They have kind of a mob mentality,”  Gerald Dorn, a cardiologist from Washington University in St. Louis said of mitochondria. “They do a lot of things that are out of our control.”

However, Dorn and his team recently identified a peptide that is mounted on the ends of individual mitochondria, which opens and closes “like a diaper pin”.

By adding drugs that open or close the peptide, Dorn and his colleagues were able to mostly control the rate of mitochondrial fusion in the cell. For cell biologists, that’s a new one.  The study ran in the prestigious journal Nature. They’re hopeful that someday, the ability to manipulate mitochondrial merging and dividing will lead to treatments for killers like heart disease.

3: They swap genes amongst themselves. 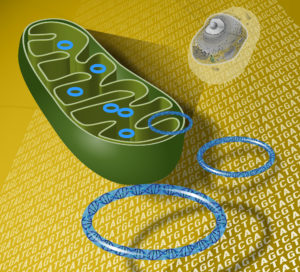 The cell’s nucleus is a hub of genetic information, but mitochondria have kept a handful of their essential genes all to themselves.

Mitochondria store their genetic info on little globs of DNA called nucleoids, which are spread throughout the cell’s mitochondria.  Although nucleoids have their own name, they can be thought of as chromosomes for mitochondria. “I do call them mitochondrial chromosomes,” Nunnari admitted.

Nucleoids get shuttled from one mitochondrial compartment to another, and only a small fraction of them are copied to make new mitochondria.

4: Mitochondria are BFFs with the Endoplasmic Reticulum. 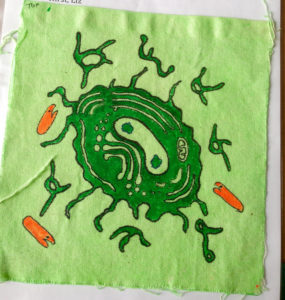 [An artist’s rendition of a macrophage with an endoplasmic reticulum by Liz Hirst. Photo by NIMR London via Flickr & CC 2.0 license.]

In fact, the spots where the ER touched mitochondria were exactly where mitochondria made copies of their nucleoids.

“There’s all these nucleoids, and then there’s some spark; there’s some event that sets off the program of replication,” said Lewis.  “I like to use the word ‘fire’ because it’s irreversible.”

“It’s not random,” added Nunnari. “It happens at positions where this other really ancient endomembrane system called the endoplasmic reticulum is in contact with the mitochondria.”

In its role as the cell’s transport system, the ER is in contact with many different organelles.  It’s also one of the few organelles thought to be as old as mitochondria.

5: Our cells’ powerhouses have their own agenda. 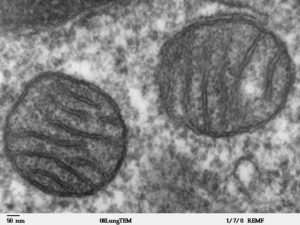 (Granted, the human mito-genome only has 37 genes.)

Because they’re matrilineal, harmful mutations in males don’t make much difference to a mitochondrion’s genetic legacy, Patel says. As long as the females are in good shape, the mitochondrial genome will still get passed to offspring.

“From the perspective of a mitochondrial genome, my sister is much more valuable than I am,” Patel said.

Patel’s lab found evidence of this pheonomenon in action in fruit flies, where they found a mitochondrial mutation that hurts male fertility . They published the study in eLife.

6: They also have their own genetic diseases. 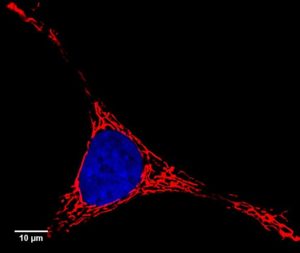 In a June study, Patel’s lab found that  dysfunctional mutant organelles can sometimes crowd out healthy mitochondria in yeast. These mutant mitochondria hurt the yeast. However,  that doesn’t stop them from dividing.

What happens next mirrors the spread of cancer cells within a body. The mutants divide and divide, overwhelming the host’s quality control mechanisms. The difference is that in this case, the drama happens between organelles within a single yeast cell.

7:  We can move them with cellular surgery tools. 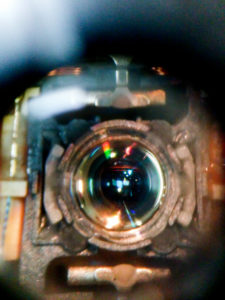 [“Staring Down the Barrel of a Laser”. Photo by Shal Farley via Flickr & CC 2.0 License.]

In May, researchers debuted a device that can cut into cell membranes with a tiny laser blade. The device burns into the cell membrane with a laser, says study co-author Michael Teitell of UCLA cuts open a small flap of the cell’s outer membrane, a puncture small enough that the cell membrane can heal itself afterwards.

The team then took their experiment a step further by injecting foreign mitochondria into the cell though a tiny glass tube.

The lives of our cells’ powerhouses are more complicated than you might think.

Papers Referenced in this Story: