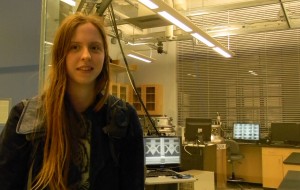 Diana Crow is a freelance science journalist, living and working in the city of Boston, MA. She has written for Scientific American, NOVA Next ,Method Quarterly, and The Atlantic, among others.  Since 2016, Diana has also been editing the Philosophy & History section of the Australian webzine Lateral.

Diana was born in Jamestown, RI (the town where they shot Moonrise Kingdom) and grew up in Oak Ridge, TN (the town where they isolated the unstable uranium isotopes needed for the atomic bomb).  She holds a B.A. in biology with a concentration in science, technology, and society from Bard College. During her undergrad, she founded and served as an editor-in-chief of Bard Science Journal.

In 2014, she served as a project manager and science reporter for The National Science Communication Institute‘s nSCI Profile Series and as co-editor-in-chief of The Scientista Foundation blogs. She has also done a semester of graduate coursework in science writing at M.I.T. and interned with the Knight Science Journalism Program at M.I.T.

In 2017, Diana interned with Cell Press’s media relations office, learning a great deal about the science news media ecosystem in the process.

Diana officially became a card-carrying member of the National Association of Science Writers in early 2015, and plans to continue writing about science and associating with science journalists for the foreseeable future.

Or add me on LinkedIn: