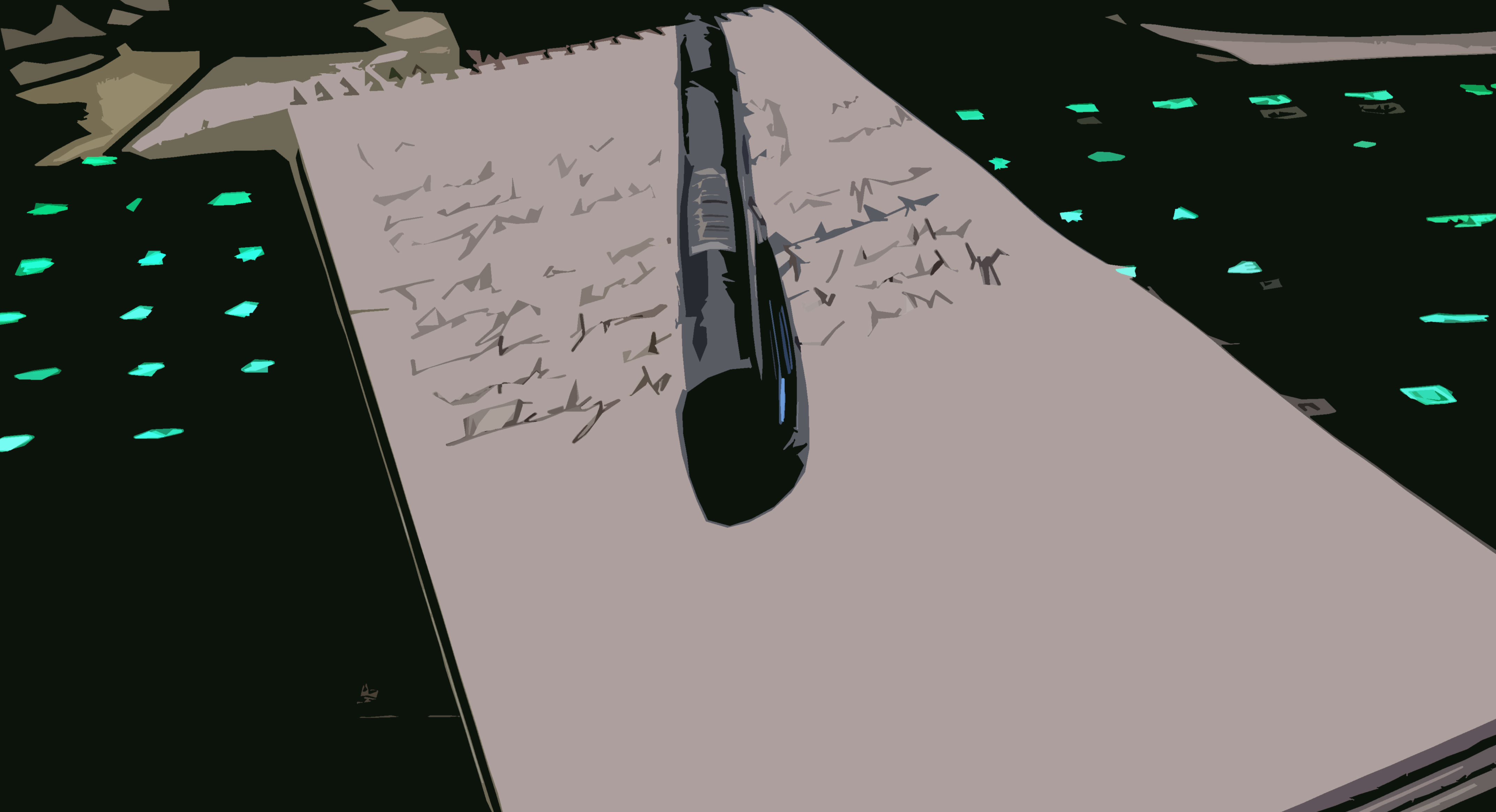 A few days ago, I posted Part 1 of an informal guide to rocking interviews with journalists about your science. That post covers what to do before an interview; this post focuses on the During and the After. 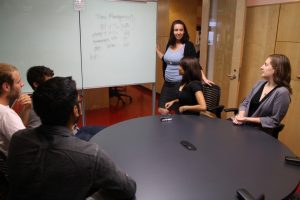 Science writers know that grad students and post-docs carry out most of the experiments, not lab leaders–aka “Primary Investigators” aka “The Profs Who Do the Paperwork, Presenting, and Mentoring” aka “Boss Scientists”.

If you are a lab leader, looping in key co-authors is not just good manners; it shows that you’re giving credit where credit is due.

Not to mention that the post-docs and grad students who carry out the bulk of the experiments may have some cool stories of their own to share.

Step 6: Be a Good Listener. 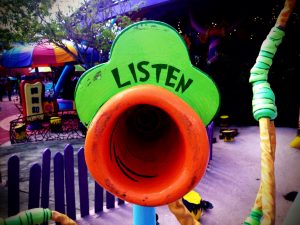 Scientist-journalist interviews start off like any other conversation, with a quick “Hi! How are you?” and confirmation that you’ve got the right person on the phone.  A journalistic interview is just a conversation, except for the fact that both parties have very specific goals.

It’s totally reasonable to ask a reporter to tell you a bit about their background and the story they’re writing at the top of an interview. Take what they say into account.  Don’t launch into physics jargon 30 seconds after the reporter tells you they don’t have a physics background. (It sounds obvious, but to scientists, speaking in jargon is second nature. They often don’t seem to realize they’re doing it, so be mindful about your word choice.)

Use your listening skills throughout the interview. If a reporter seems scrambled, that’s likely a signal that you’re talking too fast. (Remember: We’re non-specialists, and we have to take notes on almost everything you say while simultaneously figuring out how to steer you into giving us the quotes we need.)  If the journalist seems intrigued by a particular detail, you can probably tell them about that aspect of your study in a bit more detail.

Be aware that your interviewer may have a tight schedule too. Interviews are more likely to run long than to run short, but sometimes a source launches into an excerpt of a 40-minute talk when I have another call in 20 minutes. That’s not going to end well, so be aware of whether the interviewer may be trying to cut in. Usually, we want you to do most of the talking, so if we are trying to cut in or redirect the conversation, we probably have a reason.

The goal of an interview is pretty simple at the end of the day. Reporters want a story to tell ; scientists want to get their story out.

Since scientists have to tell jargon-ified versions of their story over and over on grant applications, in journal papers, and in front of their colleagues at conferences, you probably have the basic outline of your story down pat.

However, be careful about accidentally slipping into jargon. I can’t tell you how many times I’ve been scribbling down what I thought would turn into a juicy quote, only to have a scientist accidentally land on a jargon term.  Sometimes it’s an obvious jargon bomb like “methyltransferase”, but oftentimes, it’s an almost normal-sounding word that only scientists use like “stimulation” or “response variable”.  If a reporter is asking you repetitive questions, their goal may be getting more succinct versions of the key points from you. Doesn’t necessarily mean that they’re confused or forgot what you said earlier.

Speaking of key points: Having a planned-out message is very well and good, but don’t be a robot. There’s nothing more suspicious than a scientist source who will only talk about three key points and refuses to discuss potential shortcomings of the experiment or occasionally throw in asides or odd details.

Best Response to “Playing Dumb”: Play along with it. (Well, don’t ask your reporter why they’re stupid.) Talk to them as if they were truly naive to your field. Explain things the way you would explain them to your dad, to a 12-year-old, or to a perplexed undergrad.

Best Response to Silence: Say something. If you’re not sure where to go, try to reiterate one of your previous key points in different words. That’ll usually cue the reporter in that you want a new question.

Best Response to “Playing Grad Student”: Play along up to a point, but make sure that you’re defining key terms for the reporter as you go. Even if it’s a term we already know.

Step 7: Accept that you can’t read a journalist’s draft.

A lot of sources ask to see drafts of our stories before we publish them. They want to ensure scientific accuracy and maybe intervene before anything that might look iffy .

(I’ve literally had sources ask me not to write about how long their paper took, because “that makes us look like dorks”…despite the obvious achievement in the paper. Not to mention the fact that most non-scientists have no idea how much work it takes to get a paper ready for Cell Metabolism or PLOS Biology, and pointing out the elapsed time might help people understand that science is a process.)

But journalists can’t show full drafts of their stories to sources. If they did, they’d risk getting fired. Scientific accuracy is important, but so is journalistic independence. Furthermore, as current Public Information Officer (and former environmental journalist) Matt Shipman just pointed out to me on Twitter, getting source approval would cause major issues on multiple-source stories.

Journalists care about accuracy. Our professional reputations hinge on it.

Sometimes we’re allowed to run individual sentences by sources to make sure we’ve paraphrased accurately, but I try not to promise that. Ultimately, sources have to trust reporters not to screw the story up beyond recognition.

If we do screw something up in the final draft, tell us calmly what we messed up.

(For instance, I don’t let sources read through my blog posts before they go live, but when I do make errors, I add a correction or an update ASAP. I also make a point of including direct quotes from emails where the source notified me of the error.)

Step 8: Be responsive to follow-up emails.

Even after the most thorough interviews, there’s almost always a one little something. The reporter either forgot to ask it or didn’t realize how important it would be until they were in the thick of the writing process.

Some daily news reporters will handle follow up questions via phone call; I follow up via email (and I suspect the email follow-uppers are in the majority, although no survey that I know of proves it.)  The key thing if you’re a scientist is to be responsive to follow-up emails. They often contain fact-checking  and clarification questions, and it’s one of your best opportunities to stop an inaccurate article from going to print. (Bear in mind: sometimes articles literally do get cancelled or figuratively “killed” by editors.)

Some magazines have dedicated fact checkers who will call up sources and double check every statement in the piece. They literally have to put a confirmation checkmark over every single word in the piece before the article goes to press. So be patient with them. Most online sites have fact-checking processes that are a bit less formal.

Step 9: If you like the final story, help distribute it.

Quick! How many news sites have you visited today?

Now ask yourself how many of them were sites you found via search engines (or just directly going to the New York Times site or whatever.)  And how many of them did you find via links on your social media? How many were links from colleagues who sent you an email or posted on a mutual forum?

Social media sharing dominates news distribution today. So if a reporter does a good job on your story,  sharing the article on your social media is one of the simplest and most effective ways to help out journalists who do a good job covering research. Clicks, page views, comments, read-throughs, likes, and favorites are like money for media people.  (Well, not quite as good as money. But you’re a source; if you throw money at reporters, it’d be a bribe.)

Emailing the link to your article to friends, colleagues, and family members is also encouraged. As is getting paid subscriptions to outlets that consistently do an excellent job.

Bonus Round: Make a habit of emailing them about your accepted papers.  (Tip them, in other words.)

Feel free to ignore this step if the reporter does a crappy job.

However, if the reporter did a solid job reporting on your work, do them a solid and “tip them” about your upcoming papers. The result might be a blog post that’s awesome, a story in a bigger outlet, or even just a journalist who’s a little more inclined to think nice thoughts about your science. (That might seem sneaky, but journalists are susceptible to flattery.)

You can even share tips about upcoming papers with reporters where the previous interview didn’t turn into an article. (A bit more of a gamble as a scientist, but if you are say, still reading this writer’s blog months later, that might be a hint that you should keep in touch.)

The best time to tip us off about an upcoming study is right after it’s accepted by a journal. We all know that it’s hard to predict how long scientific papers will remain “in submission” limbo, but the more time the journalist has to research, craft, and send a pitch, the more likely the story is to happen.

If you know a trustworthy reporter, you should email them about your exciting study well before embargo lift. (And arguably, even before the university PR department gets involved.)  That might sound riskily early, but for journalists, embargo breaches are every bit as serious as they are for scientists, if not more so.

And if you’re thinking, “Well, Diana’s a scrappy and hungry young reporter; she’s not exactly an objective source on this issue,” you’re right. But in the journalism game, advance knowledge is extremely valuable.

If you share it with reporters, you will generate journalistic good will.

An interview is a conversation so act accordingly, reporters often pretend to know less than they do, and being responsive to follow-up emails and offering inside intel about future papers will likely pay off in the long run. 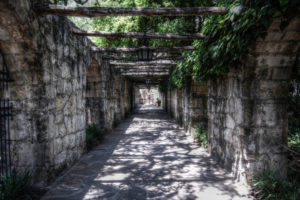 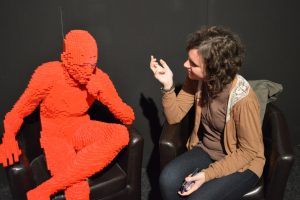