Every now and then. I have one of those days where I just have to go to the bookstore. It’s not because my surroundings are devoid of reading material; my room, the libraries I sit in while I write, the uncomfortable chairs outside of scientists’ offices where I wait to interview my sources, the cafes where I meet with editors and fellow science writers to talk shop, are all alive with books and magazines.

But sometimes a writer just needs to go buy a freakin’ magazine (or seventeen), Just to get a feel for the different types of articles that make it into print. How long are they? What are they about? How much time do those stories spend profiling the scientists versus explaining the mechanisms of the science?

So every six or seven months, I just go through and buy issues of whichever magazines are appealing to me that day (and then feel wracked with guilt because I can’t actually afford magazine subscriptions).

Today I stumbled acrossThe Asteroid Belt Almanac. I hadn’t seen it before; it was with the literary anthologies that no one but creative writing professors ever buy. But I wanted to know more about this little publication that touted “a collection of snapshots and stories exploring the intersection of science and art.”

Even though the phrases “intersection of science and art” and “intersection of science and society” bother me as a writer (Science is part of society and in no way antithetical to art, so it’s weird to talk about science as if we’d expect it to be separate), I still got excited when I saw that, partly because it reminded me of the pop science/original undergrad research/science-themed literary magazine combo publication I founded during college. (RIP, BSJ.) And partly because as a broke science writer, I get excited whenever I find a new publication that might possibly help me claw my way out of internet obscurity and into being able to pay for my own magazine subscriptions.

So I plunked down $15.00 to have a copy I could read on the bus home. I started reading its “Letter from the Editor”. And promptly started to feel seasick.

The alleged editor was an astronomer, who had been contacted by the publishers and invited to serve as a guest editor for the almanac.

I knew something was up from paragraph one, because full-time scientists who dabble in science writing and editing on the side do not amble through their prose. They are either plainspoken and concise, or terrifyingly talented in theSiddartha Mukherjee-mode of “Oh god, how can one person possibly have enough brainpower to write like this while also completing a postdoc fellowship at one of the most prestigious institutions in the country?!”

This narrator was rambling, using old terms like “the email issued from”, and just generally did not sound like an outreach scientist. Still, I didn’t want to believe that they had invented a fake guest editor just to make some kind of lame joke about the scientific mindset.

But at the same time, given that there are hundreds and hundreds of talented scientists and graduate students who are passionate about writing and science communication, why on Earth would any publishing house reach out to someone who thought things like, “ I wondered, really, what could a group of artists contribute to a line of scientific inquiry? Their letter reeked of pseudo-intellectualism and erudite-charlatanism…”

At which point I was thinking, Well yeah, if they’d overlook the entire science communication field and entrust their publication to a dingbat like you, they probably are pretty stupid…Nobody that stupid could actually get a publication like this off the ground. So they’re definitely trolling here…but why?

Then I got to this line and almost threw the book out the window: “As if the entire industry of pop-science reporting wasn’t dubious enough, Wink’s pining for scientific personalities to do more social good glibly disregards that a scientist’s sole purpose is to seek the tangible truths of the universe rather than to solve the abstract ills of society.”

If the burn on pop-science reporting weren’t bad enough (Unless you’ve had to navigate the stylistic minefield that is pop-science journalism writing, you do not get to talk. Call me after you’ve tried to explain a protein or bacteria that no one in your audience has heard of in an engaging way, without exaggerating or minimizing the risks, while somehow finding time to both recap biology that people should have learned in high school and contextualize what the experts are saying about the latest results- in three hundred words or less- without using too much alienating “science jargon.”), that is simply not how scientists talk about themselves.

It’s true that scientists are concerned with tangible, empirical truths. However, if you’re a scientist, that’s how you see yourself as contributing solutions to the abstract ills of society. Scientists have to work very hard to filter out all the abstraction that comes with growing up in any culture, and that’s why some scientists tend to be dismissive when people try to bring culture back into the science. However, those scientists are a minority. (Unfortunately, that minority is overrepresented amongst the administrative types, but a minority nevertheless.)

I have never, ever met a scientist or a science student who didn’t have a strong interest in at least one artform- whether it be visual art or writing or music- and it’s extremely rare to find a scientist who doesn’t care about “the ills of society”.  Most of them see their science as a way of addressing those ills. It’s just that rather than focusing on the abstract, scientists  have chosen a very specific part of the problem to work on, in extreme depth, and don’t like being made accountable for the big picture as well as the extreme closeup.

When non-scientists portray scientists as uncaring or unfeeling, they’re not only perpetuating a lie; they’re also giving scientists an actual reason to distrust inquisitive artists and journalists.

I get that the “Letter from the Editor” was intended as satire, but for a satire to land, it has to have a grain of truth. I felt like this satire didn’t. Not really. It was a satire based on the perceptions’ of non-scientists, not what scientists actually say about themselves.

To make matters worse, there was even a line about how only one piece in the entire collection was a profile of a scientist. And when I checked the author bios in the back of the book, it turned out that only one of the contributors had completed graduate coursework in the science.

How can an anthology possibly explore the intersections of science and art without including scientists? And if the editors actually were interested in promoting interdisciplinary dialogue, why on earth would they kick things off introduction frames scientists as ridiculous people who reject intuition and have to be converted into art appreciators?

Especially given that most scientists are very intuitive, curious people who deliberately downplay their emotions when speaking as scientists, because that’s what scientific authorities are supposed to do….

I know I shouldn’t issue a snap judgement on the entire collection based on one silly piece, but damn, did it leave a bad taste in my mouth.

And so, even though I hope that The Head and The Hand Press continues to publish The Asteroid Belt Almanac, because several of the essays in it were legitimately pretty great, I also hope that in the next issue, they’ll make a more concerted effort to be inclusive of scientists.

Or at the very least they won’t fabricate a guest editor in chief so that they can mock the empirical mindset. 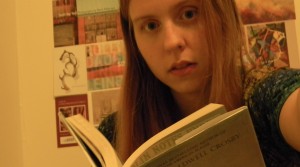 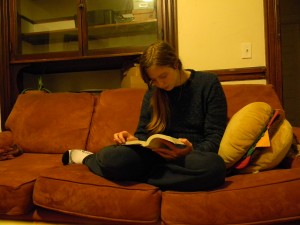