Bioelectric signals tell organisms when to grow limbs (among other things) – Recap of talk by Dr. Michael Levin 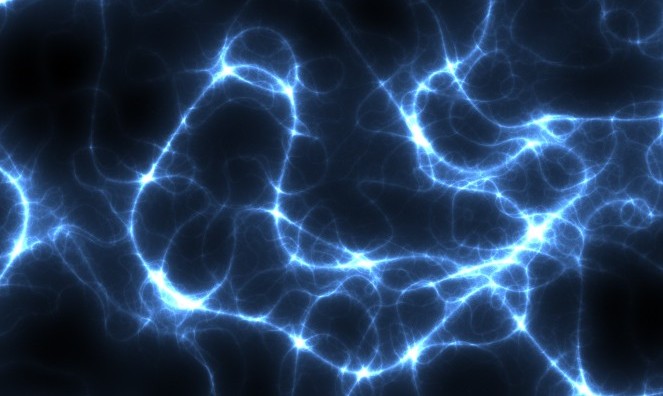 [This post is part of a series called “Brown Bag Lunch Reports” where I recap some of the academic talks given at college campuses in and around the city of Boston. Let me know what you think of the post format and what kinds of talks you think I should recap next!]

Changing the ways electric signals flow through living tissues alters the organisms’ growth in profound ways, including (but not limited to) the regeneration of complex organs like eyes and limbs.

Michael Levin, Ph.d. of the Tufts Center for Regenerative Medicine and Developmental Biology

Dr. Michael Levin’s lab investigates a little-known (and if half of what he says is true, very underappreciated) topic in biology: the effect of variation in the electric charges of cells on morphological development. If that last sentence sounded like a random string of sciencey-sounding words from different disciplines, there’s a reason for that: Dr. Levin’s work draws heavily from both physics and molecular biology.

I have zero physics background (despite being from Oak Ridge, TN), but luckily, the CIRCS crowd is a heterogeneous mix of undergrads, grad students, and professors from several different departments. So we got the full rundown.

There are a lot of critters that can regenerate complex organs after losing and scientists have never been able to figure out what separates animals that can regenerate from those that can’t. The behavior of individual cells is largely controlled by chemical cues from neighboring cells, and when you multiply the cacophony of chemical signals a single cell produces times the millions (or even billions of cells) in an animal’s tissue, things get incomprehensibly complex pretty quickly. Scientists have spent decades trying to figure out how organisms contain all the information they need to assemble themselves. (DNA alone just doesn’t cut it.)

Dr. Levin and his colleagues argue that resting potential(or the difference in electric charge between the interior and exterior of a cell) is a major determining factor for cell behavior. Because resting potential varies as a gradient through tissue, the electric charge of adjacent cells can help cells orient themselves and figure out what they’re supposed to do.

And here’s where it gets interesting: Levin’s team has found that by altering cells’ resting potential, they can induce the growth of complex organs. For instance, they were able to grow tadpoles with three functioning eyes and flat worms with two heads. Furthermore, by adding a fluorescent tag that lit up when cells reached a certain degree of depolarization, they were able to see where cancer cells were before the tumor actually formed in a tadpole. Levin is optimistic that we may one day be able to regenerate human limbs by regulating electrical signals.

However, he also stressed the fact that we know very little about how these electrical signals work and even less about how they relate to chemical and genetic factors. Levin regards the variation in bioelectric charge to be one among several important mediums for storing biological information (DNA and histomes being two other important ones). As the old adage goes, we’ve only barely scratched the surface, and we don’t know whether bioelectric signals take precedence over chemical signals (and it’s likely that they do so in certain situations but not in others).

This research hasn’t been replicated in mammals yet (Dr. Levin repeatedly noted that mice are more difficult to work with than tadpoles), and since certain cell types are much less electrically active than others, it’s hard to track exactly how these signals affect tissue formation. (Dr. Levin wants to use optogenetics to map changes in bioelectric gradients more precisely, but it’s hard to implement optogenetic pathways in cells that aren’t neurons.)

I had never heard of Dr. Levin’s work before, so I had no idea what to expect when I went in. And my mind was blown wide-open.

A lot of the popular science articles about the lab’s results focus on the Frankenstein-esque aspects of the work, but to me, the real take-home message is that electricity is more than an energy source in cells; it’s also a competing biological language.

Let that sink in for a second.

If bioelectric signals are an important medium for data storage in living organisms, we could be missing out on a lot of important insights and discoveries by solely focusing on genetics (and the chemicals that get in genetics’ way). And since our scientific education system encourages specialization, there aren’t a lot of biophysicists out there working on this type of signalling.

I’m definitely going to do more reading on this topic, and I’ll let you guys know what I find out.

Dr. Levin’s work isn’t about adding charge to biological systems (e.g. shocking the tadpoles so that they grow the extra eye); he’s manipulating the genes that code for ion channels so that cells have more ion channels than they would normally (or less). So we’re still talking about genetics and siRNA knockdowns here.

Dr. Levin explaining why the researchers have to add large clumps of altered cells in order to produce the dramatic effects they see: “All cells are basically trying to normalize each other. Your neighbors will gap junction to you and try to average out your weird resting potential.”

Northeastern professor: “Homeopaths have been saying for years that energy is important for organizing life and that electrical fields and magnets have healing potential. Does this mean that there’s some truth to that?”

Dr. Levin (totally stony-faced): “I have no idea what you’re talking about.”

Another prof (whispering to a neighboring colleague): “Did she just ask him about voodoo?”

Tl;dr: Animal bodies store information about how to grow complex organs in the form of varying electrical charges in cells and tissues. If we learn to manipulate it effectively, we may be able to regrow amputated limbs and detect metastatic tumors before they happen.