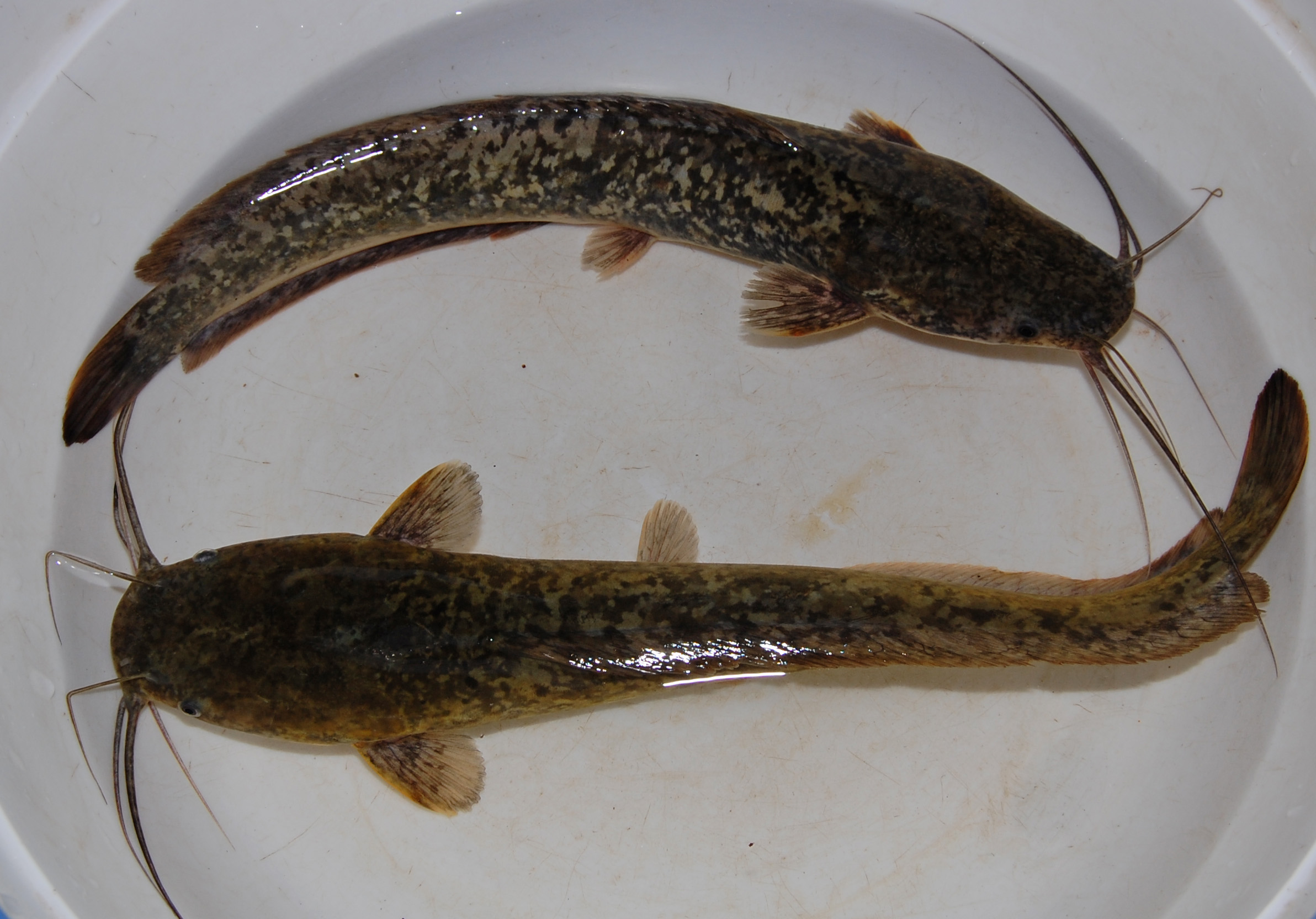 There’s one in every school. These aggressive individuals go around pushing and biting their neighbors, goading them into risky behaviors–like breathing.

Several species of catfish, including the African sharptooth catfish (Clarias gariepinus), have both gills that take in oxygen from water and an organ called the “labyrinth” or “dendritic organ” that allows the fish to “breathe” air.

These catfish evolved to survive in warm, humid rivers–where oxygen levels in the water can drop dangerously low at night.  So while they breathe through their gills most of the time, the fish also have the option of swimming to the surface and taking a big gulp of air.

Behavioral ecologist Shaun Killen of the University of Glasgow  wondered whether something in the social lives of catfish might be driving them to the river surface, so he teamed with catfish researchers at the Federal University of Sāo Carlos in Brazil to find out more.

In the experiment, the scientists assigned the catfish to groups of four per tank and counted the number of air-breaths. They repeated the test at several different dissolved oxygen levels and then compared the group counts to how often the fish air-breathed while alone.

They found that fish breathed air more frequently when other fish are around, even when there was plenty of oxygen in the water. 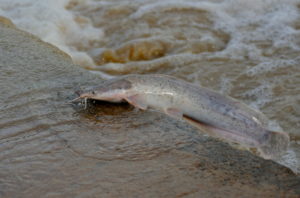 [Above: An African sharptooth catfish that has jumped out of the water at Mlondozi Ford in South Africa. Image by Bernard Dupont via Wikimedia Commons and CC-BY-SA-2.0]

And the culprits behind the behavior were pretty easy to spot.

“There would be a dominant fish in the group that was sort of a jerk and biting all of the other ones and making them air-breathe, and then they [the dominant jerk-fish] would come up and breathe after,” Killen says.

There’s no way to read a catfish’s mind, so it’s not clear why exactly the dominant fish nip and nudge the others. However, Killen thinks that it has to do with threats at the river’s surface, such as sharp-eyed birds ready to swoop at the first catfish they see.

“If that dominant fish wants to go up and take a breath, maybe it doesn’t want to be the first one to go up,” Killen says. But perhaps, if the dominant fish can start an air-gulping party by going around biting the other fish, then it will benefit from safety in numbers at the surface.

This potential explanation is not entirely unlike the scene in Raiders of the Lost Ark, where Sallah (John Rhys Davies) and Indiana Jones (Harrison Ford) have opened up an ancient burial chamber, only to find it teeming with snakes. So Sallah looks at Indy and tells him, “Asps. Very dangerous. You go first.”

Killen compares the fish’s behavior to the way humans behave while waiting to cross a busy street. “A lot of times you’ll just follow someone else if they decide to cross the street,” he says. “You think ‘Ok, they’re going. It must be safe for me to go.’ That’s something else we see in social animals, that they kind of rely on others for social information.”

Except instead of just waiting, the “leader” fish may be moving things along by pushing, biting, and nipping at their comrades’ tails.

Then, again, the behavior may not be deliberate on the “bully” fish’ part. And it remains to be seen whether these results from a lab experiment line up with what African sharptooth catfish do in the wild.

Still, Killen thinks that understanding the catfish group dynamic will be important going forward, saying, “It changes their behavior altogether, to where they’re showing behaviors that they would never have done when they were alone.”

African sharptooth catfish can breathe air (when they want to), but going to the surface is dangerous.  So some catfish goad others into breathing first. 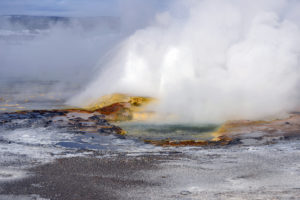