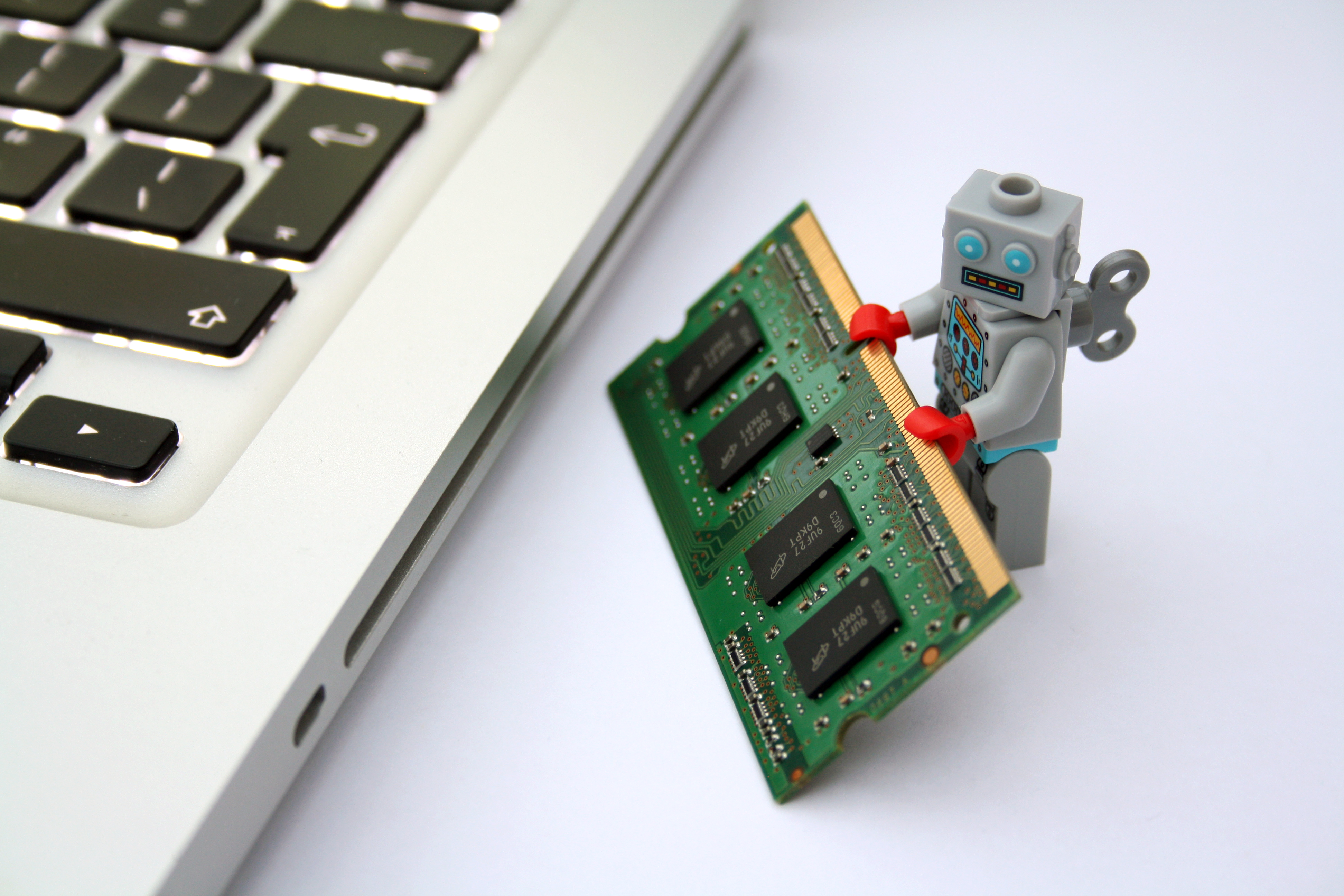 This past Saturday, I got to listen in on an all-star panel sponsored by the Future of Life Institute on the potential risks and benefits of technologies like artificial intelligence, personal genetics, and automated factories.

We heard from George Church, one of the world’s best-known synthetic biologists, on the future of bioengineering; Ting Wu, director of the Personal Genetics Education Project, on how to convince laypeople to learn about genetics; Andrew McAfee of MIT’s Center for Digital Business on how automated factories will impact developing countries’ economies; Nobel laureate Frank Wilczek on the difficulties we’ll face ensuring that robots won’t decide to harm us; and Jaan Tallinn of Skype on the ethics of creating sentient AIs. Alan Alda, of M*A*S*H* and The Flame Challenge was the moderator.

The conclusion: There are definitely both benefits and risks to all of these technologies, and people need to continue discussing these issues because they cannot be resolved in a single two-hour panel discussion. Not even an MIT panel discussion.

But I had fun. And in the interests of furthering the discussion, here are some of the best one-liners and food-for-thought scenarios to come out of the evening…

23. Max Tegmark introducing the panel:“Every way in which 2014 is better than the Stone Age is because of technology. Believe me.”

22. Wilczek: (clicks to a slide with an enormous closeup of Peter Sellers’ head) This is is very spoilery, but it’s the 50th anniversary of one of the great movies of all time, Dr Strangelove. If you haven’t seen it yet and leave [this event] wanting to see it, I have achieved my goal…

21. Wilczek explaining his academic interests: “I’m a professor of physics at MIT. I’m interested in physics…and phenomenona that follow the laws of physics.” [Someone off to the side: “I promise he didn’t just fall into his Nobel Prize.”]

20. Alda on the technical support:“So I am wearing a microphone but it’s not doing any good…Hmph. This is MIT…Forget technology. This is the Massachusetts Institute of Close Enough.”

19. McAfee on economists: “Traditionally, scientific progress is the one free lunch economists believe in.”

18. Church on moving out into space: “We’ll be able to choose which diseases we take with us. There’s such a thing as a germ-free mouse. We can have germ-free humans.

17. Wu on teaching science: “Facts have a capacity to just go in the head and out of the head. Especially when the person is not interested. For me, that’s during tax season.”

16. Tallinn explaining why he’s important:“I’m probably the only Estonian here.”

15. Max Tegmark introducing the panel: (puts up a slide with a picture of Justin Bieber on the left side andVasili Arkhipovon the right) One of these individuals almost single-handedly stopped a nuclear war during the Cuban Missile Crisis. But which of these indivduals do we pay more attention to in 2014?…Is that really the optimal way to allocate our attention?

14. McAfee in response to an audience question about “Why are we assuming the human race’s continued survival is a good thing?”: “Let’s acknowledge that all of these are parochial concerns. I don’t think we have to be ashamed of it.”

13. Alda in response to the silence after McAfee’s response in #14:“Everyone’s in favor of living, then?”

12. McAfee on economists: “When economists really want to insult you, they call your idea a fallacy.”

11. Alda: “One time I was in this lab…It might have actually been at MIT…And there was this robot that actually chased me and cornered me against the wall and started climbing up my leg…I asked the researcher, ‘What would you do if you built a robot and it took over the world?…How would you feel about that?’ He looked at me, and said, ‘Well, would I win the Nobel Prize?’”

10. Wu on students’ reactions to the possibility of prenatal genetic screening: “One young man was up and pacing. He was saying, ‘I don’t care about any of this [science]! I just want to know will my parents still love me?!”

9. McAfee: “The way for developing countries to move up the economic ladder has been to go through what is essentially a Sweat Shop Phase. We call that industrialization.”

7. Wu: “I worry about the idea of a bureau of wise people. We’re a very small privileged group of people. But who is going to decide if we’re going to pull the kill switch? It could take months…”

6. McAfee: “I think our educational systems are doing a wonderful job of churning out the kind of workers we needed 100 years ago. Let’s fix that.”

5. Tallinn on people who sound the alarm bells early: “Should the possibility that they might be wrong lull us into not listening to their arguments?”

4. Church: “Well, obviously, the scientists who are concerned about this stuff are over-represented in this room.”

3. Wilczek: “Well… there could be a war between Amazon and Walmart…” [but he thinks it’s more likely that private individuals will build their own armies to serve their interests. And you could do it, if you had enough money to buy enough automated tech.]

2. Alda: “If they don’t want to pull the kill switch because human jobs are at stake, then our same old human personality might get in the way…Maybe we should just give up.”

1. Wu on teaching students about genetics: “There was this one young man in the front row. He was clearly one of those kids who was put in the front row because he was always talking and never paying attention to the teacher. He was one of the smartest kids in the class, too. Always in the middle of three conversations at once..When I brought up the idea of preimplantation genetic diagnosis of embryos in the petri dish he stopped talking, looked at me, and said, ‘Lady, this ain’t no GAME.’”

Best Exchange that Really Doesn’t Fit as a One-Liner:

Alda talking about intergrating cybernetic enhancements into our bodies and passing those enhancements on to our children: What if we bring these technologies into our bodies, just as we once made a deal with mitochondria? [Mitochondria] have their own genetic system…What if we create technology that can reproduce itself and reproduce along with us?

Church: Yeah. I reproduced- I have a daughter, and she has one of these (holds up a cell phone). It’s permanently attached to her…

Wilczek: And I wear glasses…

Alda: But very few babies are born with glasses!

Church: But [technology] is heritable. It’s like the hermit crabs, which always use other animal’s shells.

While I was watching Max Tegmark trying to police a guy who was asking a too-long question, a brainstorm started brewing in my head. And kept brewing through the rest of the Q & A.

I think there should be a Daily Show-format show that’s all about science. The anchor will kick off each episode with a soliloquy about the most ridiculous misrepresentations of science in the news that week, and after the break, we’ll get reports from working scientists who explain/give the context for/make fun of the latest discoveries. Followed by serious interviews with scientists where we don’t really make fun of them (very much).

Alan Alda will probably have to be the one in the Jon Stewart seat, because it’ll be tough to market said show to the networks without a big name anchor. But that’ll work, because he’s awesome. And then Max Tegmark can be one of the physics correspondents (His joke delivery actually seriously reminds me of John Oliver sometimes. In a good way. Which is rather remarkable given that he’s a Swedish physicist who’s about six-and-half-feet tall.)  and Ting Wu should be one of the biology correspondents because she’s awesome.

(There will have to be a lot more correspondents than there are on the Daily Show, because those guys are full-time comedians, and scientists don’t have time to put together that many segments. But that’ll be good because it’ll allow a broader range of scientists to appear on the show…)

And that will kill two birds with one stone, because having a show like that will give the scientific a fun way to dispel scientific misconceptions and I will hopefully be able to avoid starving by getting a job in the writer’s room…

But on a more practical note, I am seriously considering trying to put together a weekly youtube show that does that exact making-fun-of-bad-science-news-coverage thing (probably not a full 22 minutes, but we’ve got to start somewhere.) Let me know if you’d want to get involved, because I definitely can’t run a project like that all by myself…