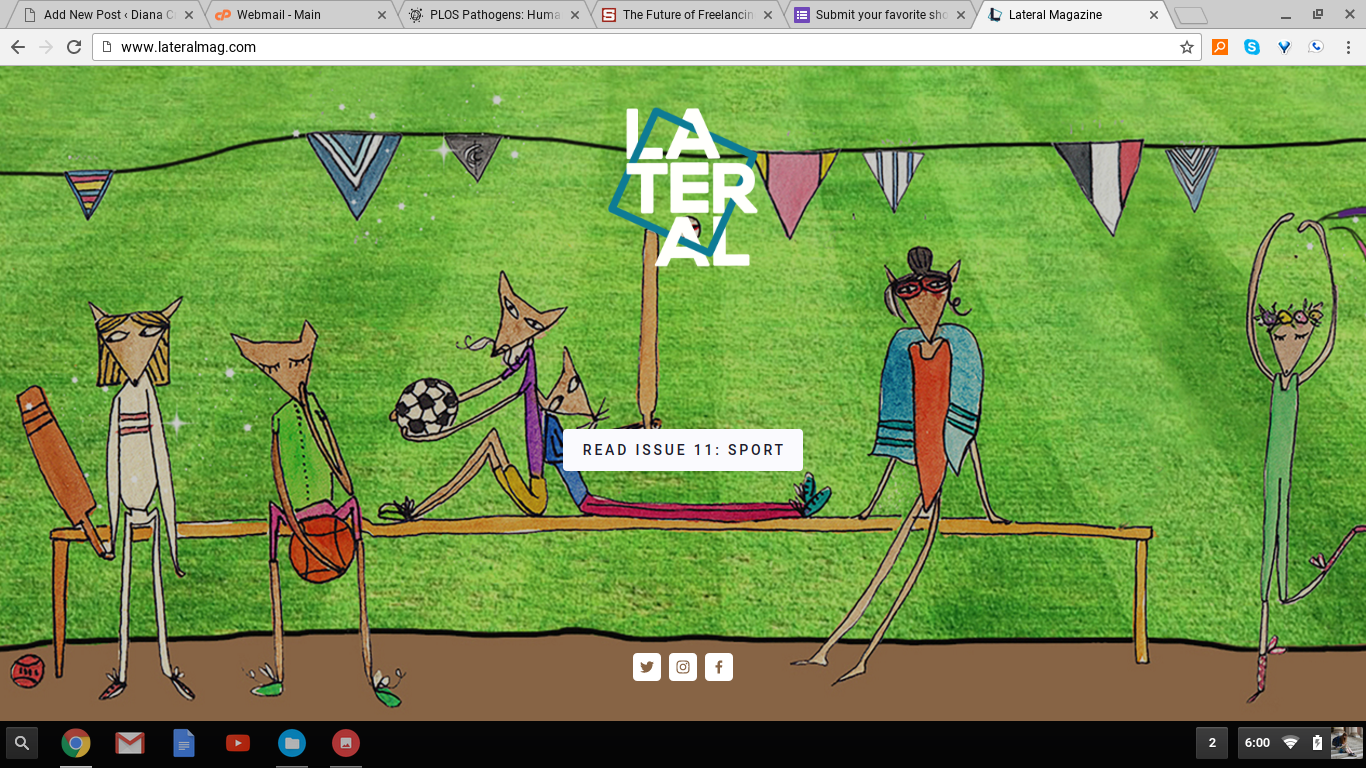 [A screenshot of the webzine Lateral’s home page. The theme of June is Sport.]

I am super-psyched to announce that I’m taking on a new part-time gig as editing stories on the history & philosophy of science at an up-and-coming webzine called Lateral.

It’s based out of Australia, has monthly themes like Nautilus, and is largely written and edited by grad students who are considering or transitioning into science writing careers. (And if, I’m not mistaken, that’s a large chunk of the audience here on this blog.)

I’ll still be posting original blog posts on this site every Thursday(ish)*and pitching stories as a freelancer. The good news is that if you’ve ever thought, “Hmm…I wish I could get Diana to edit some of my science writing,”  now you can, by pitching me stories and essay ideas for Lateral.

Lateral posts its upcoming themes and pitch guidelines on this page. Since I’m just coming in as a new editor, feel free to pitch me ideas for the SLOW or OCEANS issues.

Or if you don’t have a specific story idea but still want to step up as a Lateral contributor, drop me a line at diana@dianacrowscience.com with the word “Lateral” somewhere in the subject line.

[Update: I have just been granted custody of the philhist@lateralmag.com email address. Things are getting serious. You can now send me pitches there.]

I can tell you about some of the ideas I’ve brainstormed up and we’ll see if we come up with a writer-story match!

Also if you’ve read or written any standout short pieces of writing on science, environment, health, or tech, please send them as “Best Shortform Science Writing” suggestions via this Google Doc.

And yeah. I will be back later this evening with a Pitch Imperfect post, but until then, I recommend perusing Lateral’s latest issue on SPORT. 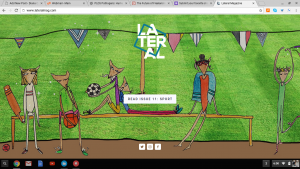 *3:00 pm on Thursdays is the target deadline, but I hereby reserve the right to finish tasks for paid assignments and key job apps before turning to the blog. I do, however, promise that on weeks where I post later than 3:00 pm Thurs, I will make it up with an additional post on Mondays….Starting as of last week.

And yes, another post (a Pitch Imperfect) will be up later tomorrow. 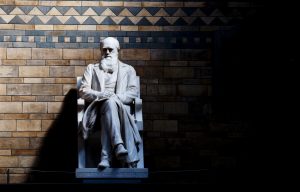