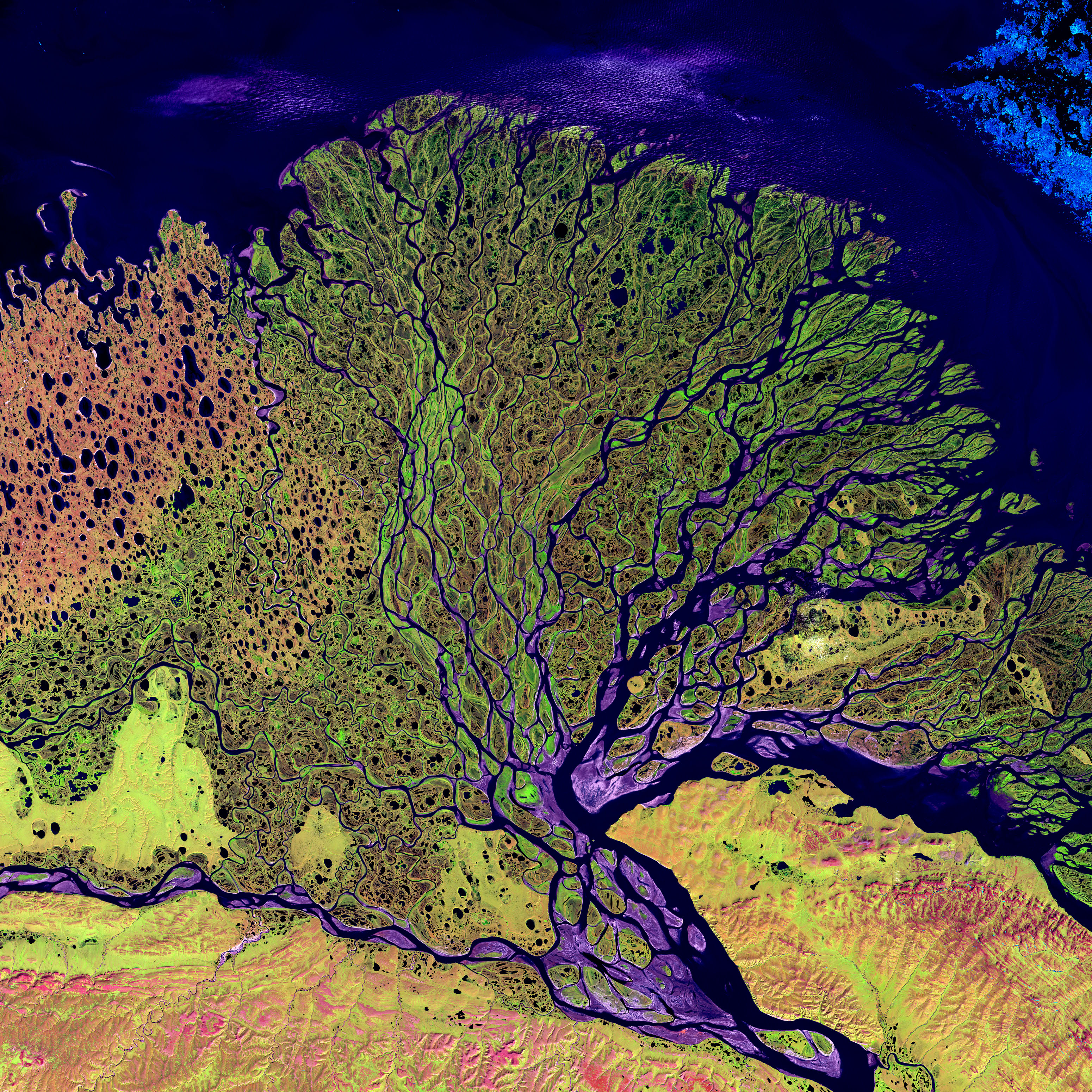 About half a billion people live on fan-shaped floodplains that form where rivers meet the sea.

Those plains, called river deltas, share the same fan-like shape the world over. Even after controlling for factors like the size of the river, the slope of the land its channel traverses, and the makeup of the local soil, river deltas have a remarkably consistent shape. 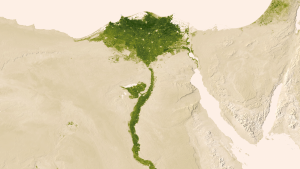 Here’s the Lena River in Siberia: [image via Wikimedia Commons, but still a Landsat image] 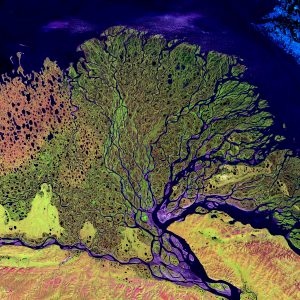 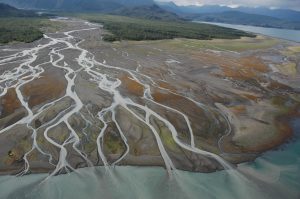 And the Mitchell River’s Kowanyama Delta in Queensland, Australia [Image by Feral Arts via Flickr] 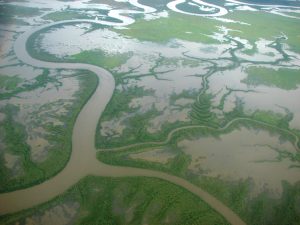 Flooding and water flow quickly emerged as possible culprits. Ganti reasoned that a process called avulsion–-where the river channel suddenly changes course and cuts a new channel–might account for how the muddy soils at coastlines form in such, well, rivulet-like patterns.

To work out the details, Ganti and his colleagues at Caltech actually built miniature “rivers-in-a-lab”, complete with continental soils made of finely crushed walnuts and “ocean” tanks.

They reported the results of their experiment last month in the open-access journal Science Advances.

Here is a video of one of the mini-lab rivers doing its thing and building *gasp* its own Mini-Walnut-Lab delta:

No one has ever gotten a delta-like structure to form on a model river before.

Note how the mini-river in the video keeps having identity crises. In one frame it’ll be flowing almost straight across the screen; in another it’ll splay out in two different directions. According to Ganti and his colleagues, that’s actually what rivers in the wild do.

One of the mini lab-rivers received a constant stream of water; the other river’s flow started and stopped in a pattern similar to what geophysicists and engineers observe in real-life rivers with dams.

The constantly flowing river, which often shifted its course, grew a fan-shaped delta; the river with intermittent flow produced a backwater delta, where the low-lying lands collapsed and the “ocean” flowed in.

Overall, this experiment suggests that flooding disasters may be somewhat necessary for rebuilding delta plains. “They are actual hazards,” Ganti says. “But they are also a fundamental building block of the delta. If the river is not allowed to jump around, the land that is not being nourished by the river is going to sink.”

River deltas are both the sites of key cities like New Orleans and Beijing, but they also produce a lot of food.

If damming up rivers to produce electricity and stabilize river channels affects the rate of delta land sinking, that could make civil engineering ethics even more complicated than they already are. Some residents of river delta cities are wealthy, but most aren’t and likely don’t/wouldn’t have access to resources that could protect them during a sudden river “channel-switch” or help them rebuild afterward.

However, the cities sitting on deltas are also the ones most at risk of flooding due to rising sea levels.  Ganti says one of his colleagues at the Caltech lab is continuing to work with the miniature rivers and see how the model deltas respond to changes in sea level, but that work is still in progress.

So in the meantime…how do we balance our need for stability with the fact that the land and resources we use are products of instability?