By Request Science No Chaser 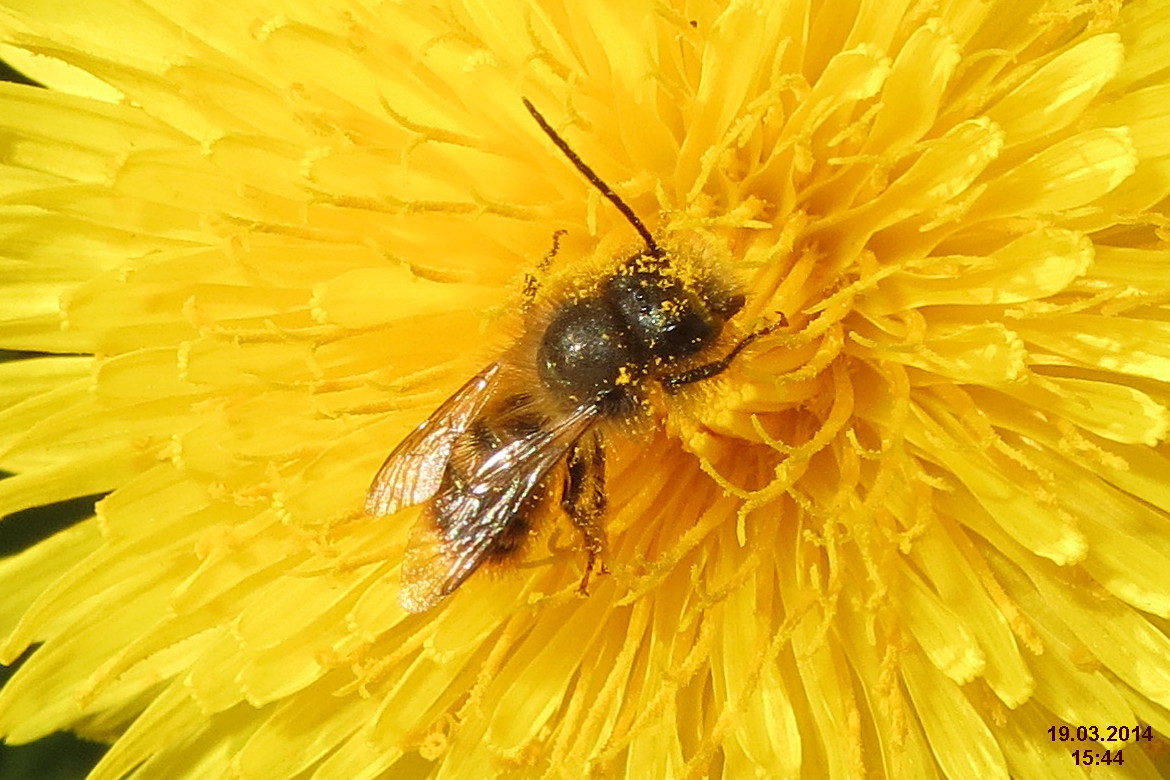 “By Request” is a series of posts where I track down studies that answer questions asked by you, my blog’s readers.

That’s a tough question to answer, because some bee populations are at much higher risk than others. Domesticated honey bee numbers are actually growing, largely due to the large scale industrialized pollination companies, which  bring giant swarms to farmers whose crops rely on bees.

Bees are an enormously diverse group that includes over 20,000 species, spread over 6 continents. (As far as we know, there are no bees in Antarctica.)  Like other animals, bees can be vulnerable to habitat loss, changing temperatures, and pollution.  However, bees do have one persistent problem that stands out: they keep getting caught in the line of fire when humans spray insecticides.

Well, bees are insects, after all.

However, bees are not equally vulnerable to all pesticides.

For example, when Ben Woodcock and his colleagues at the UK’s Natural Environmental Research Council’s Centre for Ecology and Hydrology published a study which analyzed 18 years’ worth of data on 62 species of British bees, they found that some bee species’ populations are holding steady in the face of insecticides, while others aren’t.

The  study focuses on the main UK crop that relies on bees’ pollination is oil seed rape, aka “rapeseed“, the base ingredient of vegetable oil. In 2002, the UK government licensed a new class of pesticide called neonicotinoids for use on UK rapeseed crops.

In 2002, about 50% of the UK’s oil seed rape crops were sprayed with neonicotinoids. By 2010, that number rose to about 85%, says Woodcock. Their team analyzed data collected by citizen scientists of The Bees, Wasps, and Ants Recording Society between 1994 (several years prior to the first rounds of neonicotinoid spray) and 2012. “What we were aiming to do was a sort of Before & After study,” explained Woodcock.

Some bee species that have thrived in the UK’s neonicotinoid era, but many have not.

That result makes sense, but is a bit unnerving, given that neonicotinoids are non-lethal towards many bees, including the social hive-dwelling bees.  “When the worker bees go out to forage, they can become disorientated and are less likely to make it back to the hive,” Woodcock explained. “So the effect is actually quite small, but over long time periods, it has a negative effect on the population.”

Neonicotonoids are a stark contrast to pesticides such as Naled, which kills insects instantly, Last month, several million bees were killed in South Carolina, when the county government decided to spray a mosquito-killing pesticide in order to preemptively stop the spread of Zika virus.  The bee death toll was unnecessarily high, since the spray happened during the day, when bees are most likely to be out and about. If the county officials had waited until sundown, most of the bees would have been safely inside their hives or burrows, away from the deadly pesticide.

However, one of the biggest roadblocks to protecting bees is the fact that there are many species we know very little about. Social bees, with their castes of queens, drones, and workers are the best-known and most frequently studied, but they’re a minority of known bee species. The majority of bee species are solitary creatures, where one hardworking bee builds a burrow, gathers the pollen, and mothers a brood. Although solitary bees have raw numbers in their favor, most humans pay less attention to them, because they don’t produce honey. And because many bee researchers are specifically interested in hive behavior,  few experiments have been conducted assessing how pesticides affect solitary bees.

Several of the UK bee species that saw a decline over the 1990s-2010s were solitary bees. It’s possible that the solitary bees also experienced disorientation that made it harder to find their way home, but the researchers really don’t know.

Woodcock urged caution before jumping to conclusions about the need to regulate or ban neonicotinoids. As detrimental as they are, they’re still probably less disastrous for bees than the pesticides that kill them instantly.  “If you were to lose neonicotinoids, something else is likely to happen that would take their place, because crops like oilseed rape really do need some sort of pesticide control,” said Woodcock. “If you have to switch over to other insecticides, what will be the impacts be? And it might not necessarily just be bees; it may be contamination in the water or in the soil.”

However, bees do have one rare and potentially game-changing factor in their survival toolkit: their charisma.  Many humans like bees.

(Well, as long as the bees aren’t stinging them or something…)

“One of the problems [scientist] people have always had with insect conservation is selling it to the wider community and explaining why do we need to care about these species?” said Woodcock. “One of the things that bees have done–and I never thought that it could happen–is they’ve suddenly become so important to so many people. People see bees as important for pollination and supporting crops.”

“I think part of [bees’ popularity] might be because they’re furry…” he added.

Steps You Can Take to Save Bees:

Even non-lethal insecticides can hurt bees, but the best way to help them is by planting more wildflowers for them to eat.