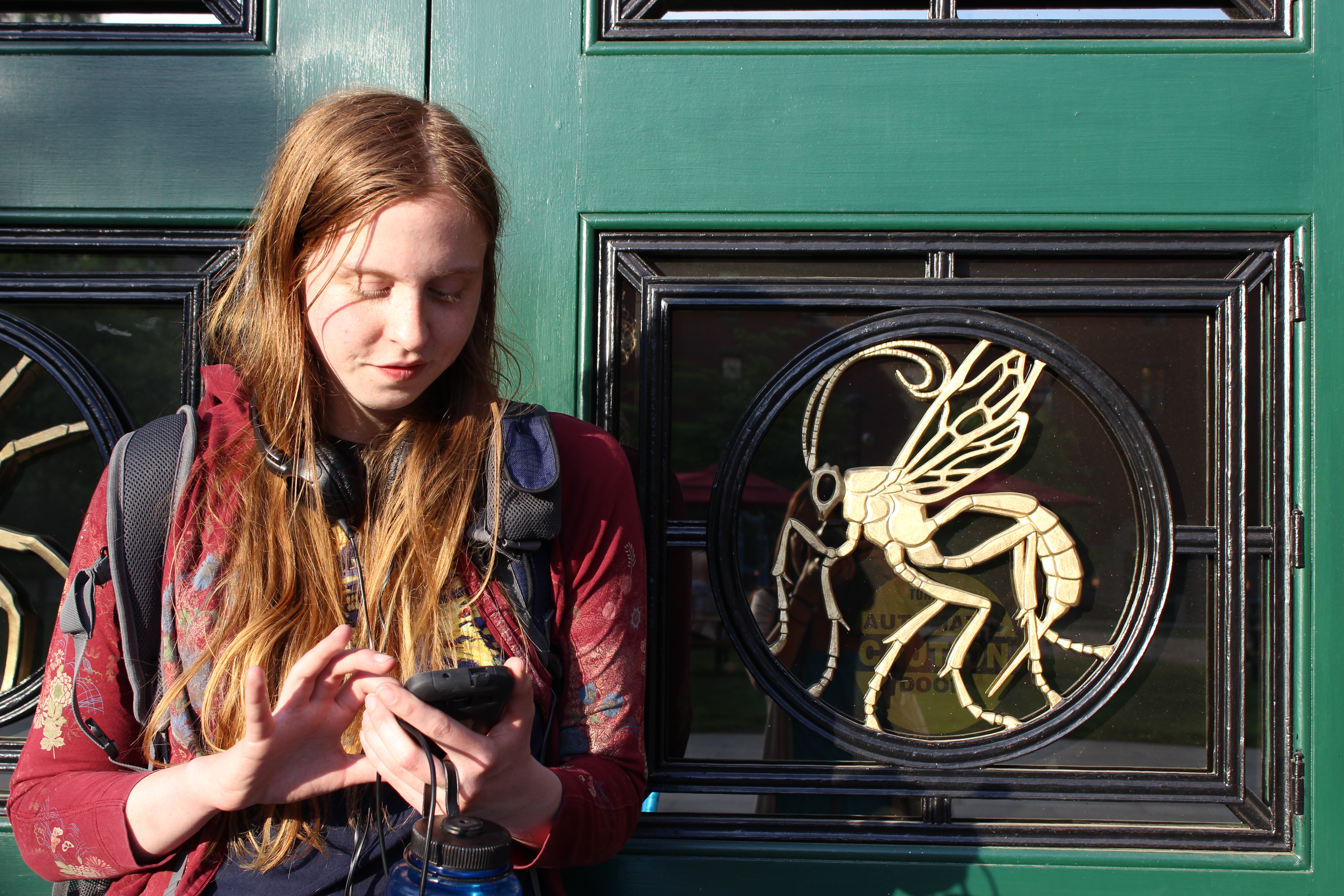 Those tweets may not constitute an “endorsement” of date rape, but why the f*** is Dr./Prof. Dawkins sitting around in front of his computer trying to rank the awfulness of different types of rape?

He “retracted” his original statement without actually retracting anything by saying “What I have learned today is that there are people on Twitter who think in absolutist terms, to an extent I wouldn’t have believed possible”.

Which makes it even worse. Because the people who were offended by his original tweets were not saying “Rape is rape” because they’ve been brainwashed into regurgitating absolutist dogma; they’re saying it because they want to point out that date rape can be incredibly, incredibly traumatizing and that Dr./Prof. Dawkins is NOT in a position to say that “stranger rape” is inherently more damaging/traumatizing/morally reprehensible.

When people try to frame “date rape” as being less “severe”, it’s because they want to deflect the blame/guilt onto scapegoat rapists who attack strangers. Because they don’t want privileged young men who force themselves onto women in their lives to be held accountable for the violation.

So they direct their energy into deploring the depravity of rapists who engage in “stranger rape” while erasing the stories of trauma that come from victims of “date rape”.  All the while ignoring the fact that date rape is a much more common occurrence than stranger rape.  Yes, date rape is bad, these people argue, but it’s not as bad as stranger rape.

That thinker was Richard Dawkins. He was talking about religion, but I think the line works just as well for rape apologism.

And that’s the thing about Dawkins that confounds me: It’s not unusual for an old white guy with a lot of clout and socio-economic privilege to say clueless and disrespectful things about feminism and sexual assault on Twitter. But with Dawkins, you’d be hard pressed to find a single insensitive tweet  from him that you couldn’t debunk using Dawkins’ own logic.

In fact, between his ideas about how units of culture (known as “memes”) undergo natural selection that enables them to survive in people’s minds and his thoughts about how putting people into categories of “us” and “them” enables violence, Dawkins has actually provided an intellectual tool kit that can be used to debunk just about any patriarchal trope in three sentences flat.

I know that because using Dawkinsian logic is what got me into feminism and social justice in the first place.

Not because I wanted to argue with Dawkins’ patriarchal anti-theistic notions. But because I was so impressed with his “theory of mimetics”, and his arguments about the harm caused by “discontinuous thinking” that embracing social justice activists’ ideas about diversity and feminism seemed inevitable.

I first read The Selfish Gene when I was 14 years old and fell for the idea of memetics hook, line, and sinker.

**Quick primer for those not familiar with memetics:** In The Selfish Gene,  Dawkins theorized that we could think about units of cultural thought as behaving like organisms under evolutionary pressure. In order to survive, an idea must be able to reproduce itself and spread into new territories (usually via speech, writing, or song). In order to survive in a new ecosystem (read: “in the mind of someone other than its originator”), a meme must be compatible with the existing ecosystem of ideas in the other person’s head. Creationism and evolution are usually not compatible because they fulfill the same conceptual niche (e.g. They both explain how the world we live in came to be); other memes (e.g. planks in political party platforms) are compatible and can even support each other.

Like genes, memes are “selfish”. They will exhibit behaviors that allow them to spread and stick in people’s heads. A song you can’t help but sing along to is one example of a successful meme. So is the annoying dub step song that you can’t get out of your head.

However, Dawkins argues, because humans are the first species (that we know of) to discover evolution, we can be aware of how our genes (and how our memes) drive our behavior in a way that no other species can. That awareness gives us the power of free will. We can’t stop natural selection but we can analyze how it shapes us and use that knowledge to create a society with less exploitation and more altruism.

“We, alone on earth, can rebel against the tyranny of the selfish replicators,” he wrote.

That sentence enthralled me.

When I first started learning about white privilege, I immediately thought, “Oh! It’s like memetics. Rich white people come from places where they have lots of access to education and no one telling them they’re stupid. So that’s kind of the meme-equivalent of living in a temperate location with lots of water! So their ideas don’t have to adapt to extreme conditions. And then when rich white people encounter other people’s ideas, they don’t realize how much those ideas have to adapt just to survive at the subsistence level. ”

That line of logic might sound kind of weird to the non-science people reading, but it helped me grasp the concept of privilege relatively quickly.

Dawkins’ diatribes against discontinuous or categorical thinking (where one person sorts other people or things into discrete or “discontinuous” categories like man/woman or high-functioning/low-functioning or Species A/Species B/Species C without realizing that the lines they draw between categories are arbitrary) are pretty powerful and could just as easily be used to dismantle transphobia as they can creationism.

To me, that is the true Dawkins. Anti-theism is just a sideshow that crowd-pleases cynical teenagers on Reddit.

So when I see Richard Dawkins tweeting victim-blaming garbage and trying to use an arbitrarily drawn line between date/friend and stranger as the basis for judging the validity of victims’ trauma, it bothers me.

This isn’t the first time I’ve spent an afternoon grappling with how I can reconcile the fact that Dawkins is one of the giants whose shoulders I stand on with the fact that he also tweets things that  make me want to poke him in the eyeball, and it probably won’t be the last.

His ideas are deeply embedded in my approach to critiquing social labels, bioethics, and science deniers. I can’t simply shrug it off as “just another privileged ‘authority figure’ not knowing what he’s saying”, because he’s not just any random authority figure.  He’s THE most influential authority figure in my philosophy.

I was outrage-Tweeting about Dawkins with a few other people earlier today, and one of them said something about feeling “retroactively dirty” after reading The Selfish Gene a long time ago. I refuse to feel that way because I’m a product of privileged Anglo-American secular biology culture and I don’t want to want to feel like I’m being “contaminated” simply by participating in my own culture.

Instead, I want to take the ideas that came out of my privileged, biological, largely-atheistic culture and use them to make the world a better place. For me, that means appropriating Dawkins’ ideas and using them to foster social justice initiatives (In memetics terms, retweeting is like helping to spread “idea spores” into the minds of people who might not hear them otherwise. That’s kind of why I punch the retweet button so much.) and yelling at Dawkins when he says stupid, insensitive things.

And also yelling at people who try to write Dawkins off as being “worthless” or “stupid”. He’s definitely not stupid, and maybe he’s worthless as a person but he’s definitely articulated some valuable ideas.

But, at the end of the day, that’s just a first-world problem.

And if there’s one thing I’ve learned from Richard Dawkins, it’s that even though it might be metabolically costly (read: “exhausting”), being a relentless asshole is the best way to make sure your favorite memes survive.

tl;dr: Richard Dawkins sent out some awful tweets earlier today. Which got me thinking about how much I both love his early writing and hate his Tweeting. 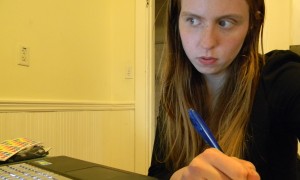