Viruses can shut down our anti-viral proteins – Recap of talk by Dr. Ileana Cristea 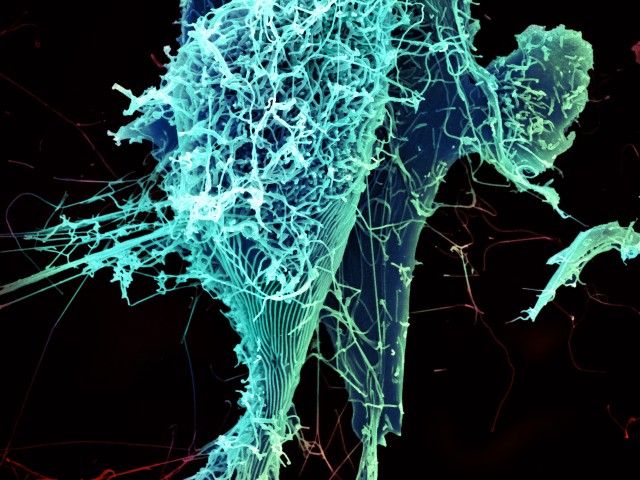 Human cells and viruses are locked in a protein-based arms race for global domination: Will the cell’s defensive proteins successfully recognize viral DNA and alert the immune system? Or will the virus counter with proteins that stop the defensive proteins in their tracks? The answer is that both of these processes are happening all the time.

Full disclosure: I got to the talk about 10 minutes late after being stopped by a security guard (who wasn’t sure how to react to a 22-year-old with a backpack who could speak proteomics-babble but couldn’t produce a student ID). So I missed the first few slides of the talk, but when I arrived, Dr. Cristea was introducing the HMS research crowd to Gamma-Interferon-Inducible Protein 16 (IFI-16) and its role in the innate immune system.

Basically, IFI-16 is a protein (and if you’re talking about cell biology, a protein refers to any molecule that’s made out of amino acids. Which means that almost everything in the cell is a protein.*) that sends out a cellular distress call when it senses the presence of viral DNA. Dr. Cristea’s lab is working on figuring out how exactly IFI-16 identifies viral DNA and how viruses counter IFI-16’s tactics.

IFI-16’s arch-nemesis is a viral protein called UL83 (alias phosphoroprotein pp65). UL83 is expressed by many different viruses, but it’s best known for its role in human cytalomegalovirus infections. Even though the virus can replicate without UL83, UL83 helps the virus by silencing cellular distress signals (distress signals in response to pathogens are called interferons)** but scientists are still parsing out exactly how UL83/pp65 silences them.

In theory, IFI-16 (and other similar proteins) is a pretty foolproof system. IFI-16 binds directly to the viral DNA, and that binding event sets off a chemical chain reaction that causes the cell to start producing extra interferons. The immune cells zero in the interferon-spewing cells and kill them before the virus can finish replicating itself.

However, Cristea’s lab has found that UL83 stops the inteferon-inducing chain reaction by binding to IFI-16 after IFI-16 binds to the viral DNA. IFI-16 can still recognize the viral DNA in the presence of UL83, but it can’t let the other proteins in the cell know that the viral DNA is there. IFI-16 is literally bound and gagged.

These interactions between proteins may seem like nit-picky little details (and they are), but understanding exactly how the proteins involved in immune response react to each other is important to researchers who are developing new drugs. Most proteins have complicated contact networks, so if you knock out one problematic protein, you may cause unintended side effects in another branch of the cell’s biochemistry. (For instance, IFI-16 is also connected to a key tumor suppression pathway.)

Therefore, scientists like Cristea (who study proteomics), spend a lot of time trying to map out all of the relationships that their study-proteins have in the cell. In some of their most recent papers, Cristea’s team has been using two distinct protein association analysis techniques, SAINT and I-DIRT, to determine IFI-16’s role in the protein social network. They’ve found that IFI-16 is an important player in the pathways that trigger interferon production (as expected) and that there are other proteins that can influence IFI-16’s expression in the cell. I won’t go into all of that now, but if you want to read more about it, Cristea’s publication list is here.

*Proteins are the end product of DNA translation. Quick refresher on how translation works: An enzyme called DNA polymerase unzips the DNA, and the base pair code is copied into RNA. The RNA takes the code to the ribosome, and the ribosome puts together a protein by stringing together amino acids based on the code from the RNA. There are many, many things that can go wrong between the DNA blueprint and the final product, which is what the whole field of epigenetics is all about.

**Interferons are part of a broader group called the cytokines, which are the chemical signals immune cells use to talk to each other.

This was the first non-cancer proteomics talk I’ve been to, and I loved it. I can’t say that I understood every single technique and association Cristea pointed out (She was addressing an audience of Harvard Med researchers, so her talk was pretty jargon-heavy, and biochemistry is practically a language unto itself), but it really got me thinking about the parallels between the way cells react to cancer and the way cell react to viruses. (Spoiler alert: inflammation and immune signalling are critical components of both.)

I kind of wish that proteomics was more accessible to lay people, because once you start thinking about how complicated protein interactions are, it becomes really obvious that research into the fundamental mechanisms of biology is really, really important. We can’t develop targeted drugs for cancer (and other complex diseases) without understanding them.

Unfortunately, the fact that proteomics are so complicated is also what makes them so hard for non-scientists to understand. But we’ve still got to try, right?

IFI-16 isn’t the only protein that can trigger interferon production. There are a lot of proteins that can detect different virus-related problems in the cell, so that means that the exact same immune response could be caused through several different protein pathways. And almost all of those proteins are involved in multiple pathways…so it gets complicated very quickly.

I actually thought that the most interesting question was one that Cristea posed to the audience. I’m paraphrasing but the gist of it was that proteins can be misfolded into abnormal shapes but those abnormalities don’t always stop the protein from doing its job. So are variations in the structure of those proteins due to evolution or due to random chance?

We don’t know, but it’s fun to think about.

Tl;dr: Human cells have a protein called IFI-16 that can detect viral DNA and tell immune cells to kill the infected cell. But viruses also have a protein that can render IFI-16 mute. 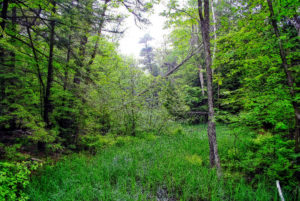 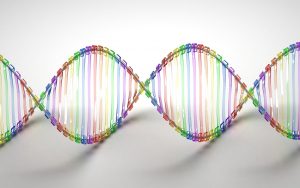 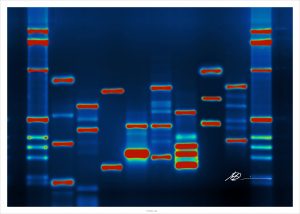