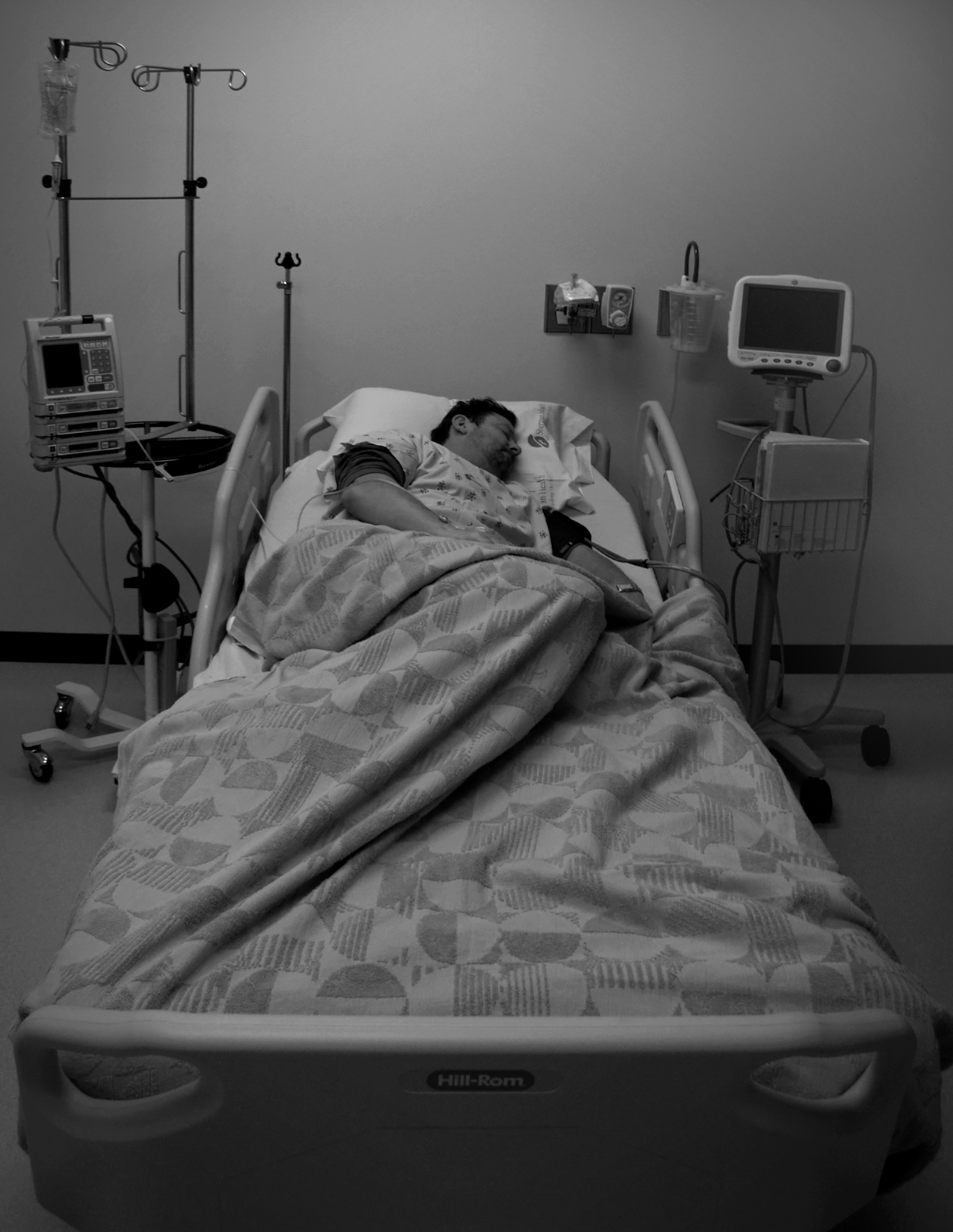 [A cancer patient rests in a hospital bed. Photo by Christine Gleason via Creative Commons 2.0 & Flickr]

Tumors are master manipulators. They have to be in order to escape human immune systems. Scientists have found evidence that tumors hide by wearing biochemical disguises and some tumors can even recruit turncoat immune cells to their cause.

And now scientists have found evidence that some tumors alter the whole body’s metabolism by “reprogramming” the liver,  according to a study in the journal Cell Metabolism. [Full disclosure: I have an accepted an internship position at Cell Press’s media relations office, but I don’t start until January. I conducted the interviews this post is based on prior to accepting the internship.] The consequences of that reprogramming are often deadly.

It’s no secret that many cancer patients waste away. They lose weight, including lean muscle mass.  Many lose their appetites, too. Food doesn’t seem to nourish them anymore. They grow weaker.  Breathing gets harder.  And, too often, they die.

This wasting syndrome is called cachexia.

“The wasting can get so severe in so many patients that it’s estimated to account for 30% of all deaths due to cancer,” explains study co-author Thomas Flint of University of Cambridge. “Lots of people are saying [the cause of death] is the metastasis; it’s this and that, but about 30% of the deaths don’t seem to be directly explained by the tumor.”

Anecdotal accounts often blame chemo for the loss of appetite, but cachexia runs deeper than a sudden distaste for food.  “If you pump nutrients into them with an IV, they should get better but they don’t,” says Flint. “They keep losing weight. That’s a total mystery.”

The researchers began to wonder: “Does the tumor do something to set up the metabolic failure?” says study co-author and medical oncologist Tobias Janowitz.

To find answers, cancer researchers from University of Cambridge turned to lab mice. Some of the mice carried colorectal tumors; others had pancreatic cancer. Both cancer types often result in cachexia for human patients.

As expected, the mice developed tumors and eventually cachexia. Mice with cachexia symptoms had lower blood glucose and higher levels of stress hormones than their healthy siblings.

The cachectic mice were also having trouble breaking down fat cells and turning them into molecules called ketones, which fuel the brain during times of starvation. “The ketones are the sort-of safety circuit during periods of low food intake,” explains Janowitz.

When the scientists tested to see if the tumors were secreting chemicals that might be changing the mice’s metabolism, one immune-signalling molecule fit the bill. Its name is IL-6.

Just adding IL-6 to the bloodstreams of mice that don’t have cancer was enough to shut down their typical metabolism.  Like the cachexic mice, their livers stopped making ketones.

”What we do know is that when we do our IL-6 infusion, we can induce the liver phenotype in 48 hours in mice,” says Flint. “The question is: what is the longterm consequence of an altered liver metabolism?”

For cancer patients, the consequences aren’t good. Shutting down ketone production causes the body to start burning through its own tissues. Hence the muscle and fat loss associated with cachexia.

Another effect of the metabolism shut-down is a suppressed immune response. Since the immune system finds and destroys the vast majority of tumors in early stages, secreting IL-6 may be one way that tumors protect themselves.

“It’s sort of a hijack mechanism,” explains Janowitz.  Shutting down the immune system may be one way the body prevents collateral damage during infections, the researchers say.  However, against cancer, the immune shut down backfires, allowing the cancer to spread.

Findings like these don’t have immediate impact in hospitals, but immune therapy is already one of the existing lines of attack against cachexia. IL-6 is a well-studied molecule, and researchers already know how to target it.  It may be possible to combine immunotherapy and nutrition therapy in a way that counters cachexia, says Janowitz.

“What we’ve done for the first time in our study is that the body’s response to tumors seems to be determined to some extent by the host’s metabolic state,” says Flint. “And no one’s really appreciated. that before”