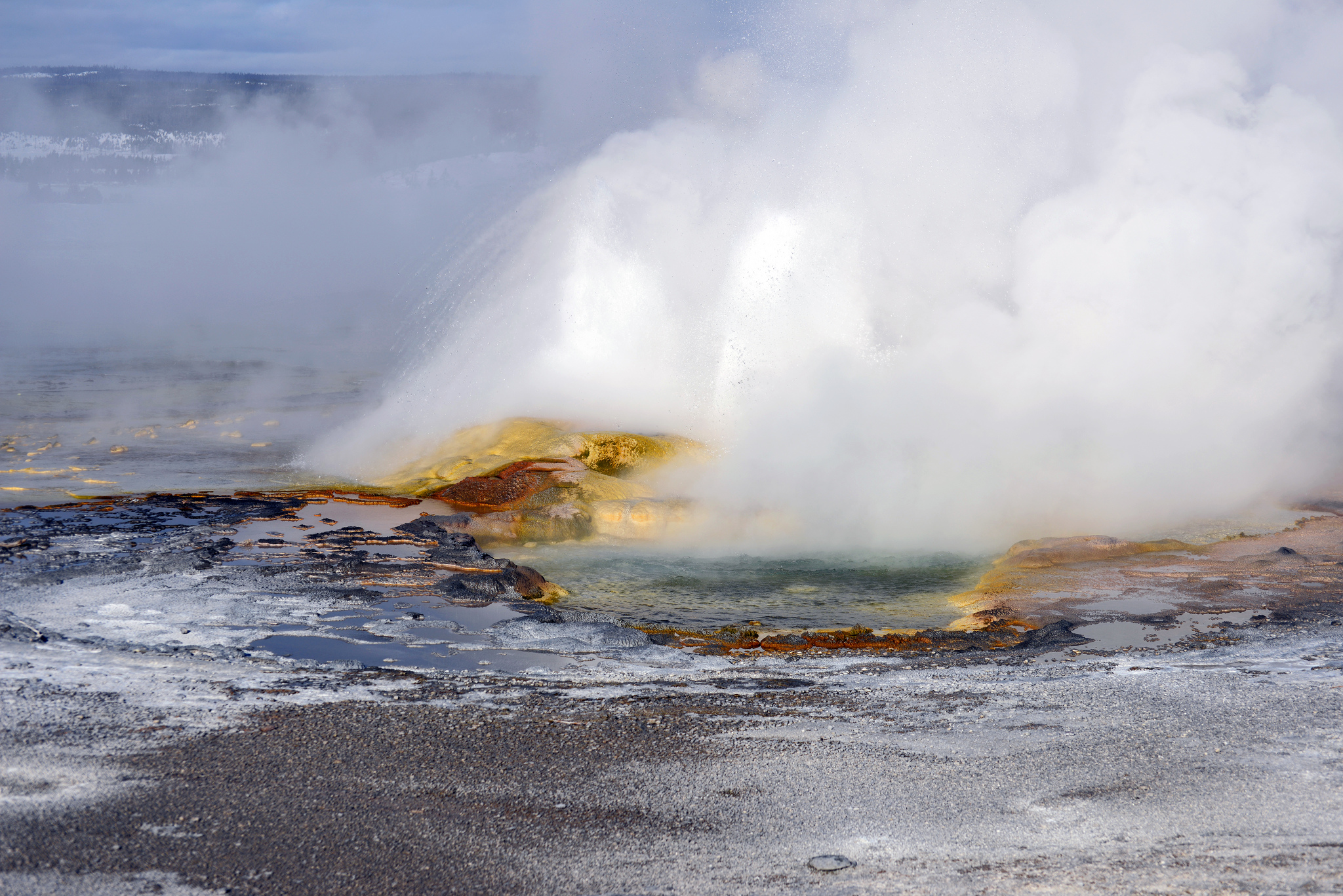 The troublemakers weren’t new to the neighborhood. For 300 million years, they had lived in the water column, floating in the sunlight near the surface, sending tiny plumes of toxic gas into the air. That was how they ate: sunlight in, poison out. But it was nothing the ecosystem couldn’t handle. The atmosphere was vast, and the troublemakers were microscopic. The poison diffused. Life went on.

Until something changed. For some reason, there were more green troublemakers. Quadrillions more. So many more that their poison became the air itself. An entire world’s atmosphere transformed. Those that could tolerate the miasma grew and spread. Others survived in pockets of the planet where the new air couldn’t reach them. Uncountable numbers died.

In other words, 2.3 billion years ago, photosynthesis caused a mass extinction.

“It was the event that allowed large organisms like us to exist, but it was also the largest mass murder in Earth’s history,” explains geochemist Aubrey Zerkle of University of St. Andrew’s in Scotland. “The Great Oxidation Event is essentially the biggest coup that life ever perpetrated on this planet.”

While the sunlight-eaters–known as cyanobacteria or blue-green algae– continued to “pollute” the air with oxygen,  other organisms used the deadly gas as fuel. In fact, oxygen gas proved to be the most energy-rich fuel life had ever learned to consume.

The oxygen-breathers grew large, developed complex cell structures, and eventually coalesced into organisms made up of many cells. None of which would have been possible without cyanobacteria and the oxygen they released.

No one knows why the number of blue-green algae exploded 2.3 billion years ago, but the sudden change in atmospheric chemistry left its mark on the rocks that formed at the time. By studying surviving 2.3-billion-year-old rocks, scientists can piece together a rough timeline of the events.

Zerkle and her colleagues were curious about whether nitrogen levels in the rocks could tell them anything new about the post-GOE oceans and their potential for supporting eukaryotic life. Like many elements, nitrogen comes in two versions: Nitrogen-14 (which has 7 neutrons) and Nitrogen-15 (which has 8 neutrons). By looking at the ratio of Nitrogen-14 to Nitrogen-15 in rocks from the GOE and a few million years afterward, her team could estimate which nitrogen-containing chemicals were floating around.

Nitrogen compounds were an essential part of Earth’s biochemistry before the GOE, but the nitrogen-oxygen molecules that modern cells use were rare.

“Nitrogen is fundamental to life,” says Zerkle. “It’s in your DNA, your RNA, [and] all of your proteins have amino groups….Every organism uses it, which means that the availability of nitrogen, even in today’s modern oceans, controls the primary productivity.”

The researchers found evidence that around the time of the GOE, levels of nitrate–a compound with one nitrogen atom and three oxygens bound together–rose in the oceans.”That’s really important from a biological standpoint, because this oxidized nitrogen species is the one that eukaryotes use,” says Zerkle.

And yet, they didn’t. Eukaryotes and their intricate organelles didn’t evolve for another 800 million years, even though the chemicals eukaryotes need to live were probably already available in the ecosystem. Zerkle and her colleagues reported this rather perplexing finding in the journal Nature on February 6th.

“What this does is that it opens up a whole other can of questions,” says Zerkle. “If we know that all this nitrate was available in the environment, there must have been something that was holding these organisms back from evolving.”

The Oxygen Revolution undoubtedly laid the groundwork for the later Eukaryotic Revolution, but the reason behind the timing of these two biological revolutions remains a mystery.